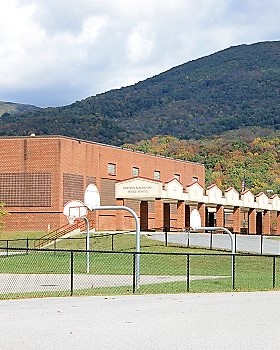 What a beautiful place! Eastern Elementary/Middle School is located in a scenic field at the foot of a mountain. I’m not sure how any student could pay attention in class with a view like that.

Our trip to Eastern Elementary/Middle School was great! They had a formal school assembly for us to perform our robotics demonstration. We also provided an overview regarding how after-school robotics programs can augment a school’s STEM classes. I suppose that I’m a decent example.

I’ve been involved with robotics since 2nd Grade and I believe that robotics is the only time that I’ve used advanced math outside of the classroom. Moreover, I’ve learned 10 times more computer programming in robotics than I have in school. Until recently, I could have said the same thing about physics, but I have a really great physics class this year! Let me explain. We had a class project to build a Rube Goldberg Machine, a set of connected simple machines to accomplish a task. I designed a machine that lit a marble on fire and rolled it through a tube (an inclined plane) to light a fuse at the other end. Pretty cool!

I think the assembly went really well! These students were enganged! In fact, our hour-long assembly took nearly two hours! They had so many great questions. At one point, we were talking about gear ratios and speed-torque trade-offs in our robot design.

Here’s the great news…One teacher has been involved with a Va Tech STEM outreach program at their school. She has volunteered to sponsor a robotics club and to coach a team for the VEX IQ Challenge! We are hoping to go to an early regional robotics competition so we can “show her the ropes” about what to expect. If you’ve never been to a robotics tournament, they can be a little intimidating. I can’t wait to see their team! 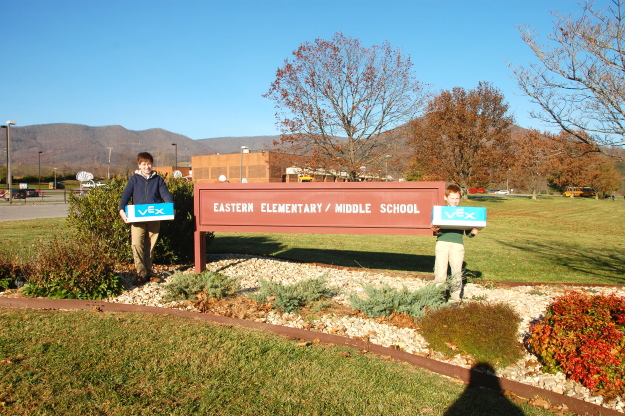 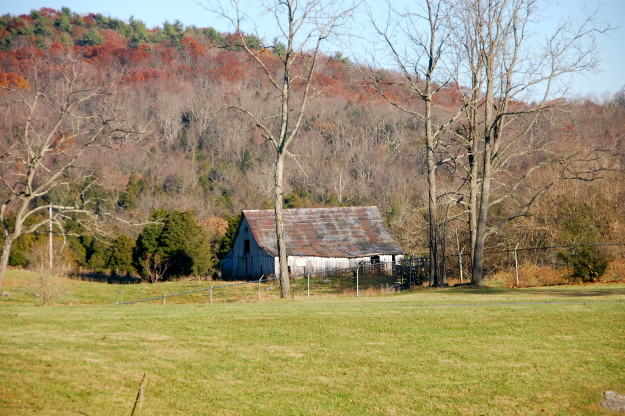 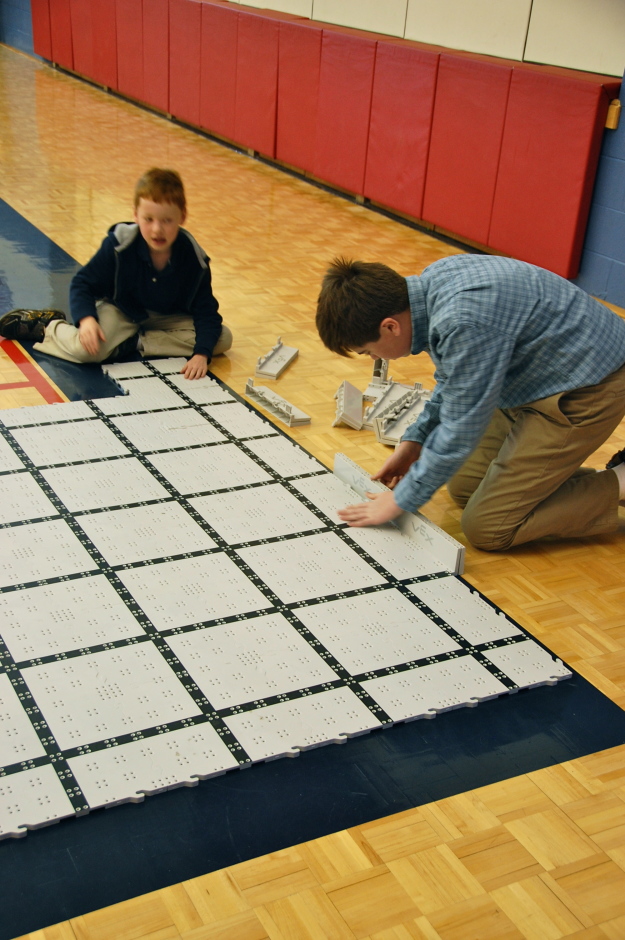 Setting Up the Display 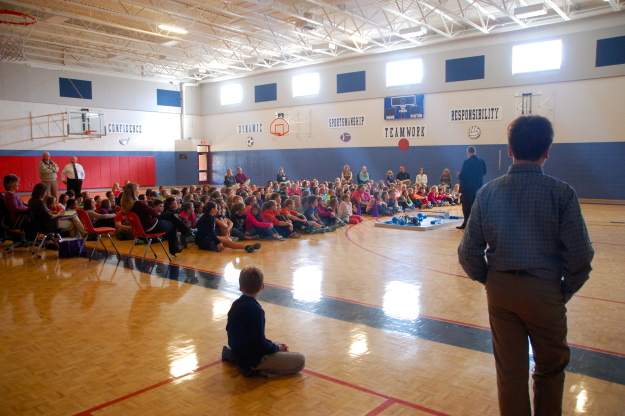 Getting Ready for Show Time! 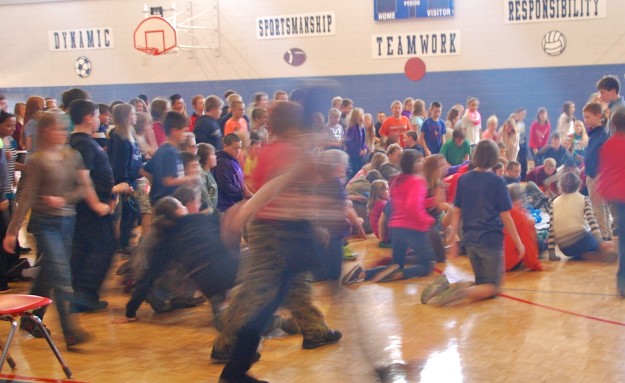 Students Getting Closer for a Better Look! 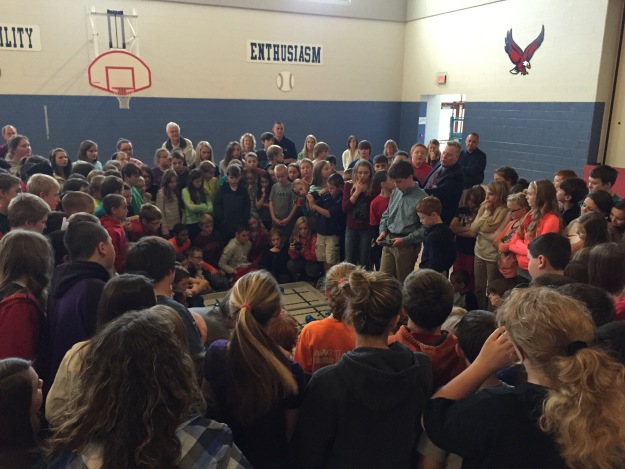 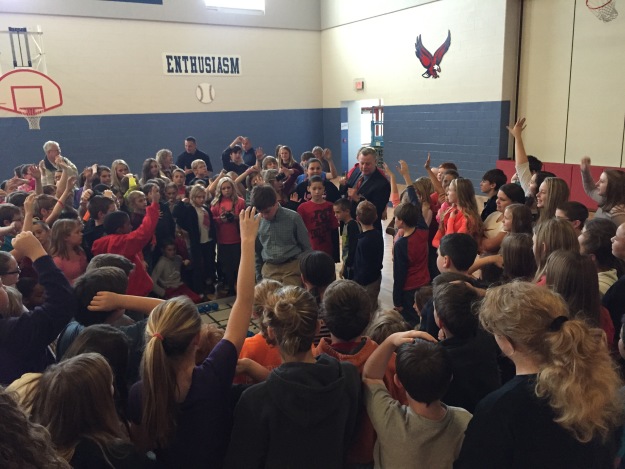