Today was a great start to our mission! robotsNOW went to Narrows Elementary/Middle School, our first school to help promote after-school robotics. The school scheduled an assembly for all 5th, 6th and 7th Graders in the gym. There were a LOT of kids! I was expecting to meet the principal and teachers, but I was surprised to learn that multiple School Board Members and even the Public School System’s Superintendent were there! Everybody was so incredibly nice.

I was a little worried because in addition to the normal concerns of speaking to hundreds of people, I was also worried that the students wouldn’t be interested in robotics. I ran through a million really awkward scenarios in my mind as I walked into the school and set up our displays. I could not have been more wrong. The students really loved robotics! Everybody wanted to drive our robot after the Assembly. They caught on really fast. The students also asked some incredible questions. And, they weren’t the only ones asking questions.

While Chandler and I were demonstrating our robot and talking about the VEX competition to the students, my dad was fielding questions from the teachers and School Board. My dad said multiple teachers volunteered to lead an after-school robotics club! With teachers volunteering to sponsor a robotics club and robotsNOW donating multiple robot kits and a competition table, all we needed were student club members. And, we got them! Over 20 students signed up for the club during the Assembly! I think more will sign up later more that 20 students asked us how to join after our demonstration!

It was a great feeling to see kids get so excited about something that they had never been exposed. I hope that robotsNOW and an after-school robotics program will help at least one of them discover a hidden passion that they may have. 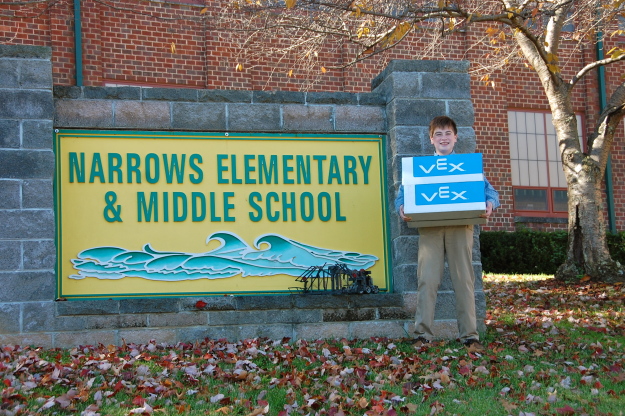 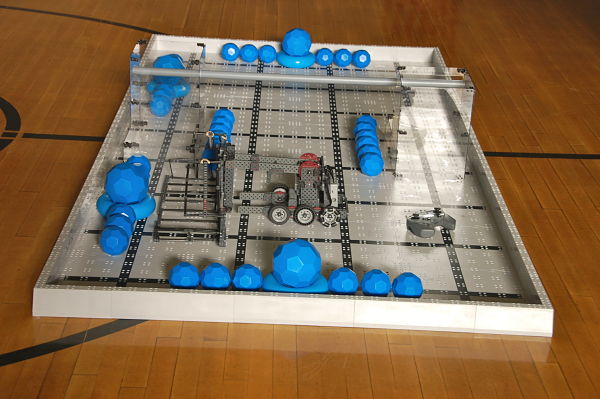 Setting Up for the Demo 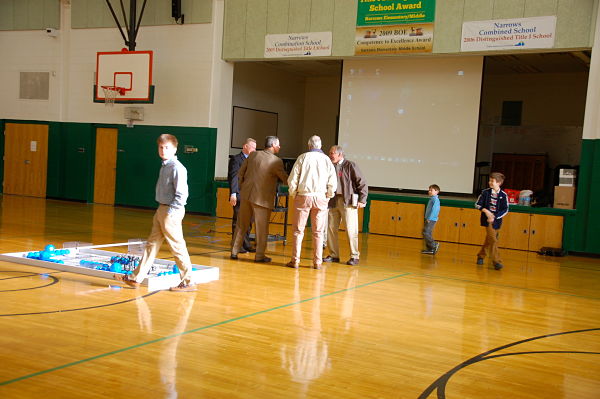 How Many Adults Does It Take To Set Up a Projector? 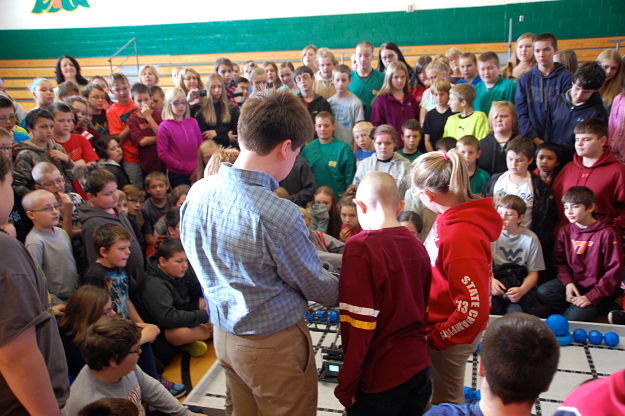 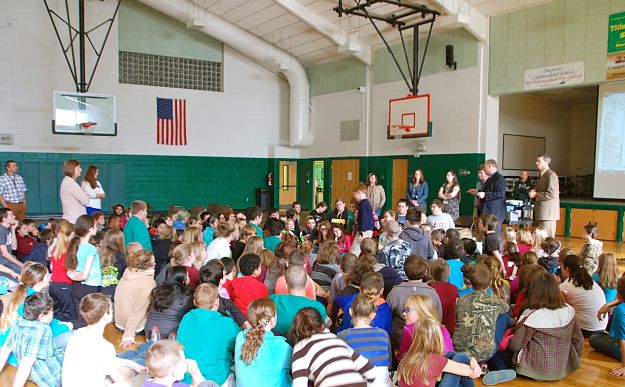 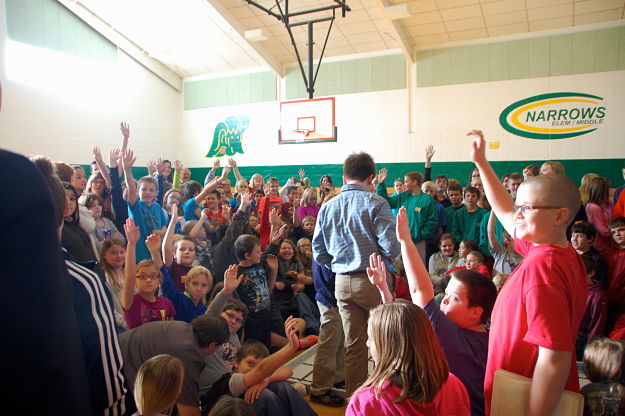 Who Wants to Join the Robotics Club?